Women who lead  "I want to improve the quality of life of those around me!"

Home » Internationalisierung »
Women who lead - "I want to improve the quality of life of those around me!"
zuletzt editiert am 09.02.2022

Ángeles Muñoz is a GP and currently the mayor of Marbella. We conducted an in-depth exclusive interview with her.

Ms. Muñoz, you are a doctor by profession; how and when did you get into politics, and why?

It was simply a personal concern of mine to improve the quality of life of my fellow human beings, a need I already had when I decided to study medicine.

What did you think when you first came to Marbella? What were your impressions?

Without a doubt, it was the city where I wanted to live with my family and enjoy all its charms and attractions. It is a wonderful place that enchants everyone and continues to be a centre of attraction for many people who want to have an excellent quality of life. I could mention countless corners like the old town, our impressive promenade, without forgetting to enjoy all the complementary tourist offer: Gastronomy, culture, leisure, shopping or sports, as well as the natural environment.

No one expected it, but property prices have risen recently. So how do you see Marbella after the pandemic?

Marbella experienced a very intense summer and, as always, it offers the best and most attractive tourist offer, with services based on excellence and at the same time extreme security measures. One of the factors behind the growth of the construction and real estate sector is, of course, our strength in attracting investment. I always stress that Marbella is a unique destination to live, reside in, and invest. During the pandemic, we have seen great demand from entrepreneurs who have decided to settle here and work through telecommuting. We have been pioneers in this in the past, and in the last year and a half we have seen this model take off thanks to Marbella's quality of life.

What investments are coming up soon?

In the municipal sector, we are pursuing various projects: The city's first public hostel, a new football stadium with an athletics hall, two multipurpose centres, a swimming pool approved for competitions, a 400,000 square metre forest park. At the regional level, there are important initiatives such as expanding the Costa del Sol Hospital or constructing a new courthouse.

There are also plans for joint actions between the two levels of government as part of the new Metropolitan Tourism Plan, which will allocate ten million euros to promote the Marbella brand. In terms of private investment, there are significant projects in the hotel infrastructure sector. Prestigious chains such as 'W', Four Seasons or Club Med have chosen our city to build their new facilities, which shows how much Marbella attracts projects based on excellence.

How would you like Marbella to present itself internationally, especially in Central Europe?

As the jewel of the southern Mediterranean. Its offer is based on excellence and quality both for those who visit us and those who choose to live here. The fact that we are successful here is shown by the fact that Marbella was recently nominated as the best destination in Europe by the prestigious travel website "Europeans Best Destinations."

What are your hopes and wishes for the city?

In recent years we have made great strides in improving public facilities. There was a period of neglect by administrations like the Junta de Andalucía during the PSOE governments, which we fortunately overcame with the new autonomous government. Extraordinary progress has been made in both education and health. We have worked tirelessly to overcome the lack of investment and the inherited situation.

The Germans are enthusiastic walkers, and they like the project of the longest promenade in Europe. When will it become a reality?

We know that our promenade is a big attraction for visitors, especially from Central Europe and locals. We continue to make progress in connecting the entire city's coastal strip and have now opened up 21 of Marbella's 27 kilometres of coastline. We have also managed to make the south side of the Sierra Blanca the first hiking trail network in Spain to receive the so-called "Q for Quality", an award from the Spanish Institute for Quality Tourism (ICTE), and we are also the gateway to the recently declared Sierra de las Nieves National Park.

Marbella's "San Pedro Alcántara" district seems to be the big bet of the moment, and there are still large plots of land that can be built. When will you start developing these?

We are working throughout the municipality with an eye on the future General Urban Development Plan (PGOU), in which San Pedro Alcántara will play a unique role. Both San Pedro and the rest of the city will benefit from the new document, which we very much hope for as Marbella's economic and social engine.

The foreign population now accounts for 30 percent of Marbella's total population. So what projects are there or are being planned to make foreigners feel better than ever in this city?

For us, Marbella is characterised by being a cosmopolitan and inclusive place that welcomes the world's different cultures with open arms. And this community continues to grow: last year,  more than 2,700 foreign residents registered in our city, most of them from the United Kingdom, Russia, Italy, Colombia, and Germany. We think Marbella has been chosen as a place to live because of its quality of life and the services offered by the town hall, such as free public transport for registered residents, a pioneering measure in our country.

Our clients often ask us about the Al Thani port, which was not realised at the time. Will this project be taken up again?

It was a project for which the previous government had granted a concession to the Junta de Andalucía, but which was then not implemented. As a result, the Supreme Court overturned the award. The current regional government has started the modernisation of La Bajadilla with one million euros. In addition, a new ice factory has been built, the old fish market has been demolished and more than thirty new shipowners' flats will be built.

In other words: We have worked hard to modernise the fishing facilities to make them more attractive and competitive and balance the development of port activities with the integration of the port into the cityscape.

You have been at the forefront of the city for a long time. The people of Marbella love and respect you. What do you think is the reason for your success and that of your government team?

Thank you for your kind words. But what I can say is that we are a cohesive, professional team that cares about the public good. Our constant task is to work and listen to the citizens who have entrusted us with the city's administration. This closeness also makes us a city council that people can trust. I am also very proud of our public servants, who get up every day to provide the best service to residents and visitors. This combination is our recipe for facing the municipality's future with enthusiasm and certainty.

All over Europe, people are talking about the fundamental role women play at the top of organisations, companies, cities, and countries. As a woman at the top, what advice would you give to young people who want to go far in their careers?

Several factors allow us to progress in our careers, but above all I would emphasise constant work, humility, and the important ability to take on different challenges. I do not see myself giving advice, but I would encourage all young women not to give up and to keep working to achieve all their goals.

Ms. Muñoz, thank you for this interview. 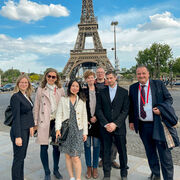 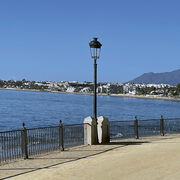 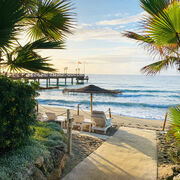 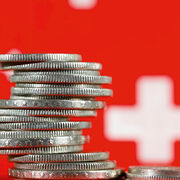 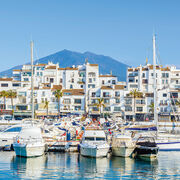 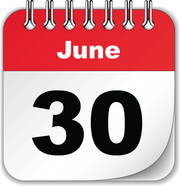 In the first part of our current bdp Spain webinar series, you will receive an introduction to Spain as an investment destination.

In the first part of our current bdp Spain webinar series, you will receive an introduction to Spain as an investment destination. 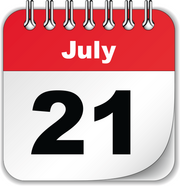 In the second part of our bdp Spain webinar series, we go into what you should know about the taxes incurred when purchasing a property and the ongoing taxes and costs of ownership.

In the second part of our bdp Spain webinar series, we go into what you should know about the taxes incurred when purchasing a property and the ongoing taxes and costs of ownership.